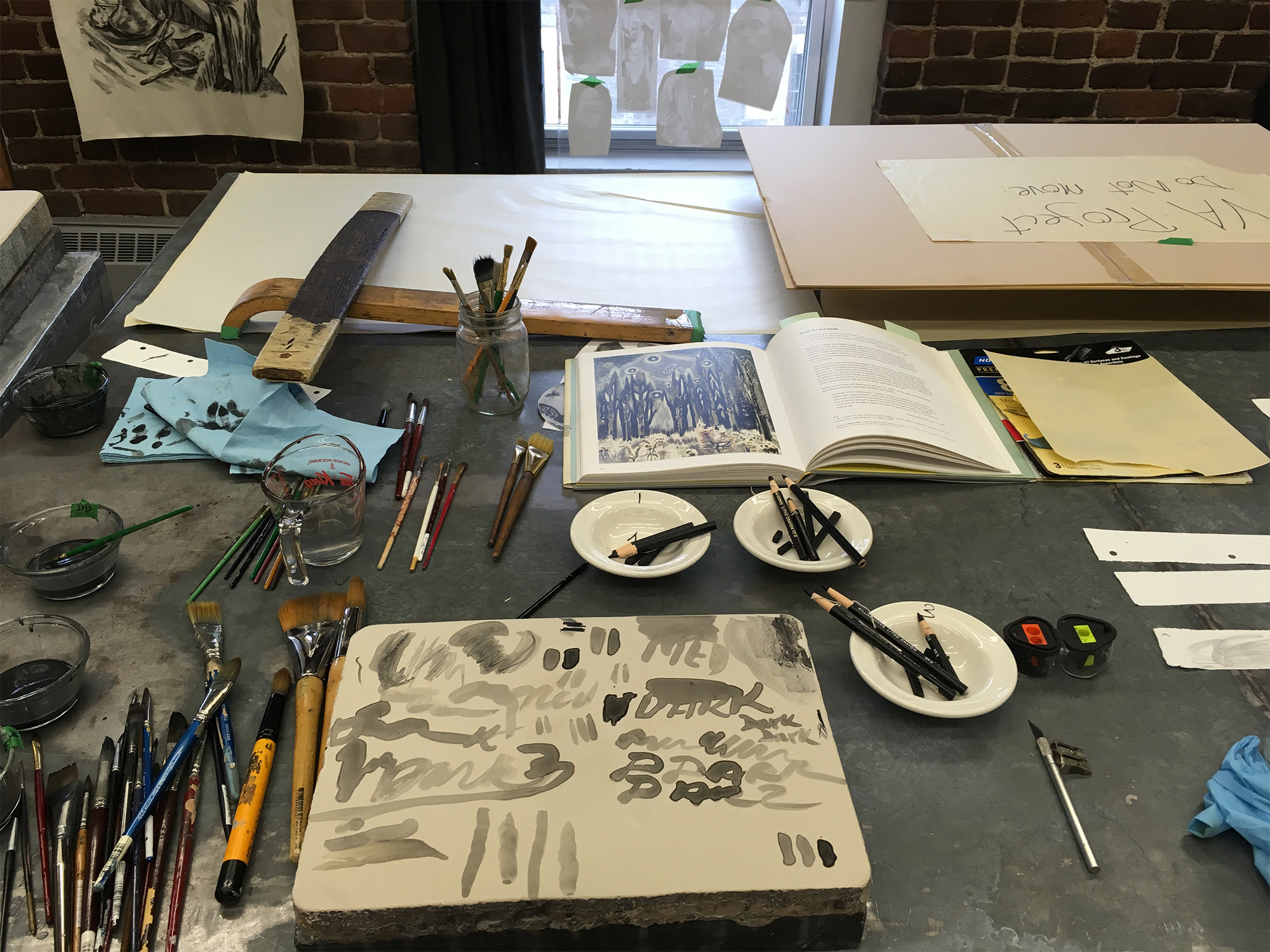 In the ’70s, the world’s top artists flocked to Halifax. This new project revives that moment

The premise is simple. An artist — an artist with no printmaking experience on their CV, if possible — gets an invite from the Nova Scotia College of Art and Design. Prepared with an idea, they show up in Halifax, where they’re paired with a master printer. And together, they make a lithograph — a brand new original artwork.

Shary Boyle is perhaps best known as a sculptor. She makes works that range from the tiny to the intimidating, all marked by a sort of scary level of intimacy. They’re also super smart. And she’s brought the same energy to the lithograph she created for the lithography workshop at the Nova Scotia College of Art and Design. The workshop itself is a place with serious art world legacy — it was the home to many heavy hitters of the conceptual art world in the 1970s. 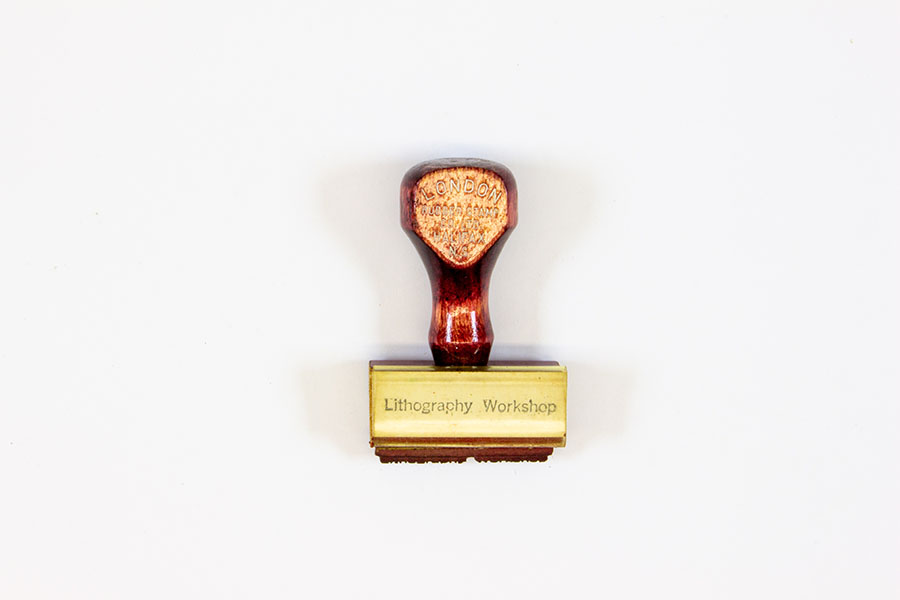 In 1969, the NSCAD University Lithography Workshop was established, earning international recognition and redefining the artistic potential of print in the 20th century. This workshop had a significant and lasting impact on the world of art and design.

“Each new lithograph tells a unique story, but they are all rooted in the enduring legacy of NSCAD’s Lithography Workshop,” said Melanie Colosimo, Director/Curator, NSCAD’s Anna Leonowens Gallery Systems. “Our goal is to continue the legacy of the NSCAD Lithography Workshop beyond 2019. The sale of these editions will be reinvested back into collaborative printing, and the NSCAD press, with a goal to revive publishing here at NSCAD.”

Artists Shuvinai Ashoona, Jordan Bennett, Shary Boyle, Brendan Fernandes, Amy Malbeuf, Ed Pien, Derek Sullivan, and Ericka Walker are the eight whose work will be on display during the relaunch of the Lithography Workshop.

The creation of these prints served as a launching point for a series of public artist talks and documentary short films on each of the artists and their approach to this project. Students and recent alumni were able to participate in the workshop through studio visits with the artists while they were on campus. In addition, they were hired as assistants in the studio and were commissioned to write essays on the works which will be published online at litho.nscad.ca.

All eight lithographs will be on view at the Art Gallery of Nova Scotia, 1723 Hollis Street, Halifax,  from November 9  to April 26, 2020. The new prints will be available for purchase as of November 7, 2019 at litho.nscad.ca 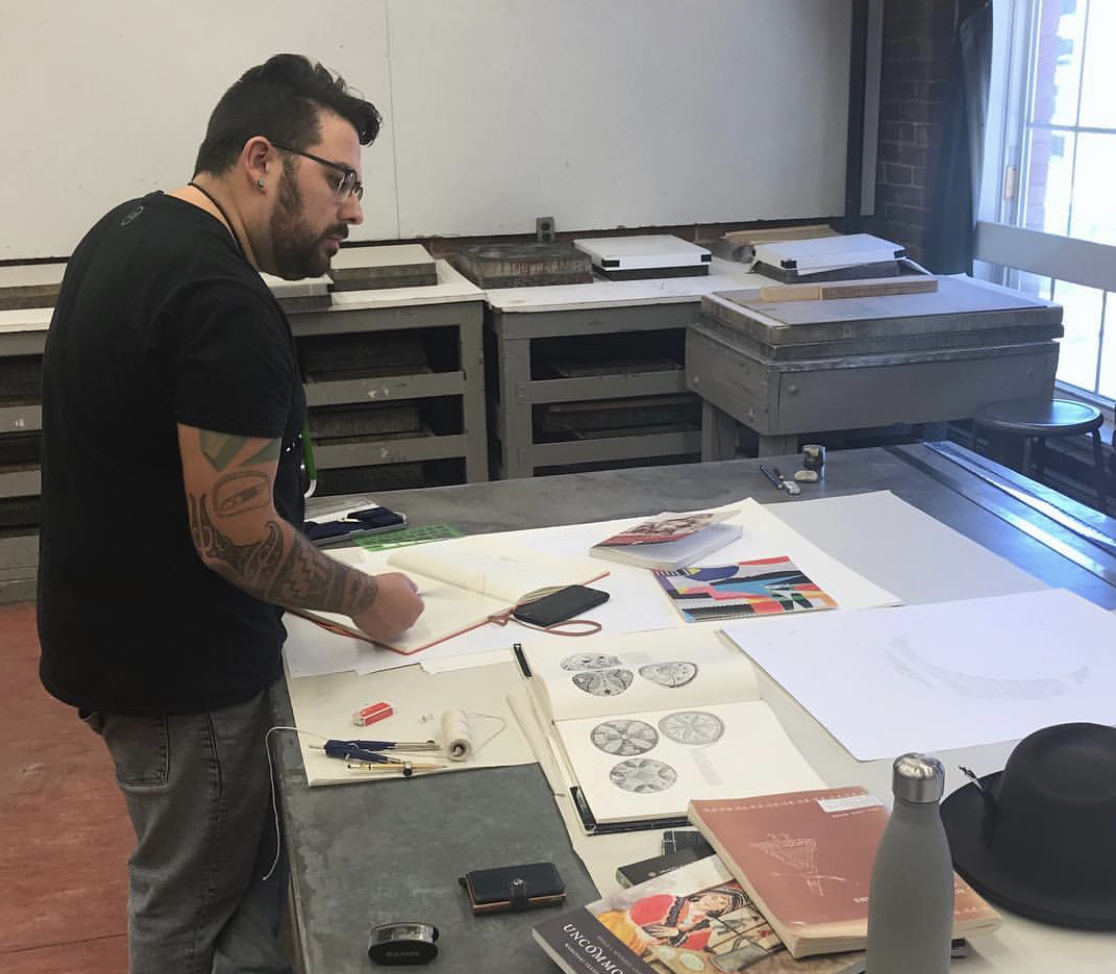 We are thrilled to announce Jordan Bennett as the 7th participating artist for the NSCAD Lithography Workshop: Contemporary Editions project. From Stephenville Crossing, Ktaqamkuk (Newfoundland), Bennett will be working over the summer on his lithograph which is a continuation of the work in his recent solo exhibition JORDAN BENNETT: KETU’ELMITA’JIK curated by David Diviney, at the Art Gallery of Nova Scotia (December 1, 2018 – March 31, 2019).

Ktaqmkuk (Newfoundland) artist Jordan Bennett has participated in over 75 solo and group exhibitions nationally and internationally. He has shown his work in venues such as the National Museum of the American Indian, New York; Museum of Contemporary Native Arts, Santa Fe; Winnipeg Art Gallery; The Power Plant, Toronto; Musée d’art contemporain de Montréal; and was one of two artists to represent Newfoundland and Labrador in the 2015 Venice Biennale at Galleria Ca’Rezzonico. In 2018, Bennett was shortlisted for the Sobey Art Award, Canada’s preeminent prize for contemporary art. 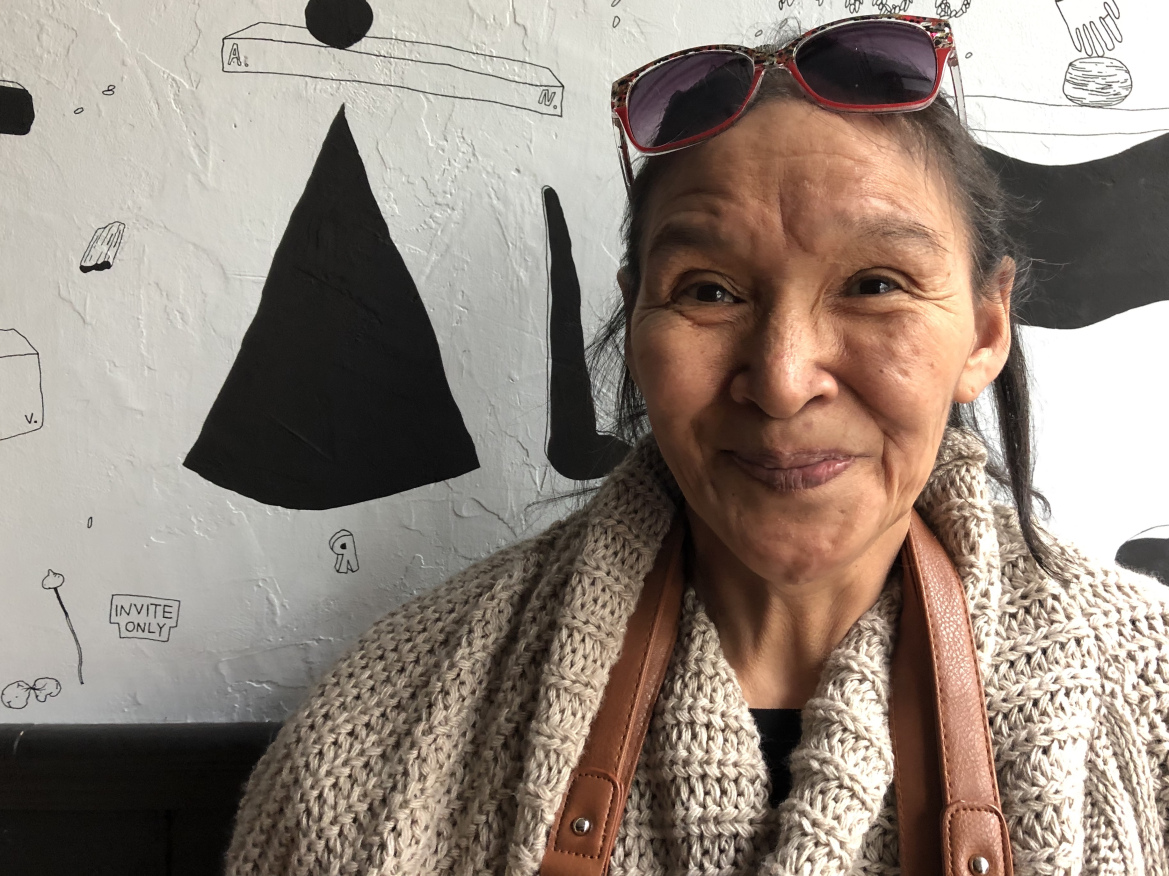 We were chuffed to be able to host Shuvinai Ashoona from Cape Dorset, Nunavut in collaboration with the famed Kinngait Studios as our 6th visiting artist. Accompanied by printer Niveaksie Quvianaqtuliaq, Shuvinai and Niv worked in the NSCAD printmaking studios with Jill Graham over two weeks to create a litho inspired by her first trip to Nova Scotia.

Shuvinai Ashoona is best known for her highly personal and imaginative drawings, with imagery ranging from monstrous and fantastical visions to closely observed naturalistic scenes of her Inuit culture and home community at Kinngait (also known as Cape Dorset), Nunavut 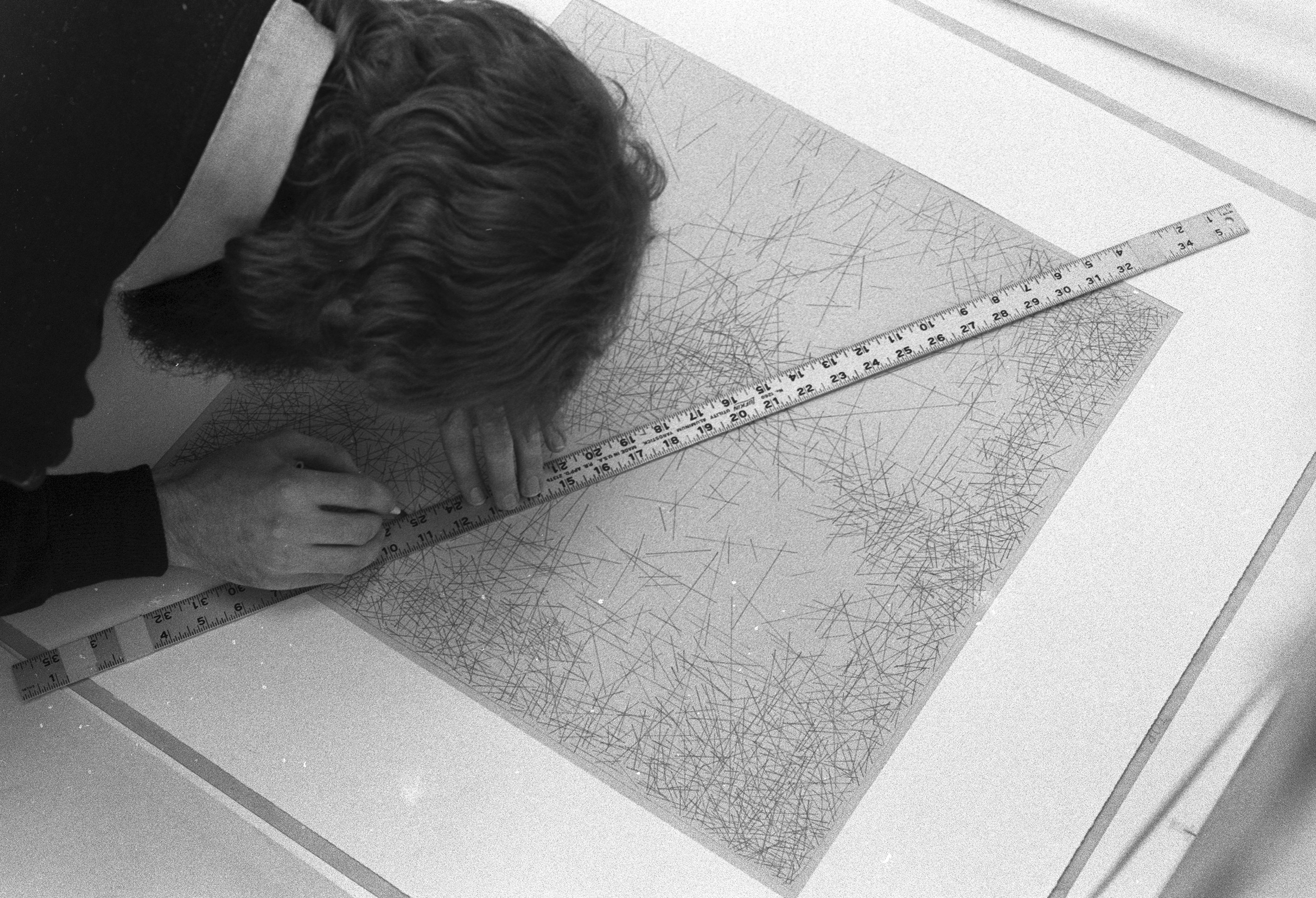 NSCAD University’s Anna Leonowens Gallery has been awarded a prestigious New Chapter Grant from the Canada Council of the Arts to re-establish and extend the legacy of the NSCAD Lithography workshop.

Andy Fillmore, the Member of Parliament for Halifax, made the announcement at the Starfish Student Art Award on Thursday, April 20.

With $285,000 in funding, the gallery will welcome eight high-profile and diverse Canadian artists to NSCAD to work with Tamarind-certified Master Printer Jill Graham as part of “NSCAD Lithography Workshop: Contemporary Editions.” As part of the production of this limited edition-portfolio, the gallery along with the NSCAD Printmaking Department will partake in a cultural exchange in Cape Dorset at Kinngait Studios.

This is one of the 200 exceptional projects funded through the Canada Council for the Arts’ New Chapter initiative. With this $35M initiative, the Council supports the creation and sharing of the arts in communities across Canada.”

The NSCAD Lithography Workshop was a contemporary printmaking venture for visiting artists at NSCAD from 1969 through to 1980. Some of the artists who participated during those years included Dan Graham, John Baldessari, Michael Snow, Joyce Wieland, Guido Molinari, Vito Acconci, Sol LeWitt, Emmett Williams, David Askevold, Claus Oldenburg, Carol Conde, and Eric Fischl among others.

The workshop flourished under the direction of first Jack Lemon and then Gerald Ferguson and with master printers Robert Rogers and Wallace Brannen.

All of the hand-pulled editions created were executed in average runs of 50 print impressions each and placed for sale on the market as per terms established with the artists. NSCAD currently holds this specialized collection of prints as a subset of the Permanent Collection.